• Validation of the 46% reduction targets for CO2 emissions by the Science Based Target initiative from “Scopes 1 and 2” between 2019 and 2030 in line with the trajectory to limit global warming +1.5°C
• World first for a company producing glass packaging for the food market 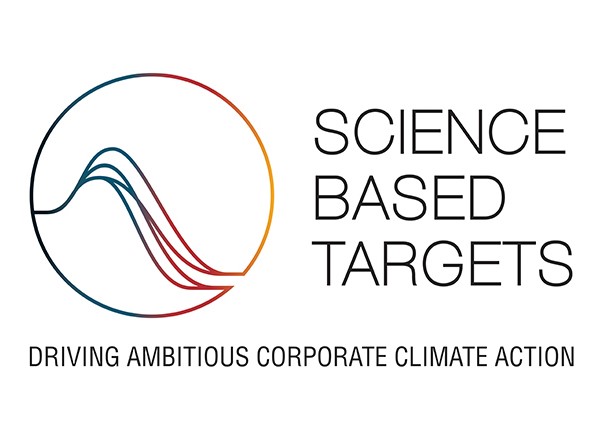 Verallia, the European leader, the second largest player in Latin America and the world’s third largest producer of glass packaging for beverages and food products, announces that SBTi has validated its CO2 reduction targets. Already positioned as the most ambitious player in its sector in terms of environmental policy, Verallia becomes the first glass packaging producer to commit to the most ambitious target of limiting global warming to +1.5°C compared to pre-industrial temperatures, in line with the recommendations of the Intergovernmental Panel on Climate Change (IPCC) and the Paris Climate Agreement.

Michel Giannuzzi, chairman and CEO of Verallia: “I am very proud of SBTi’s validation of our CO2 emissions reduction target, which places Verallia at the forefront of its industry. This is excellent news that once again confirms the legitimacy of our sustainability strategy and the continued relevance of our purpose. We must continue our efforts to meet the challenge of the transition to a carbon-neutral society, in which the packaging sector has a leading role to play.”

After unveiling its Purpose “Re-imagine glass for a sustainable future” in 2020, Verallia has made some very ambitious commitments in 2021, including:

To achieve these goals, Verallia is relying on three levers on which the group has already made major progress:

• Changing the raw material mix: Verallia actively supports the goal set by the FEVE (European Packaging Glass Federation) of 90% cullet collection in Europe so that it can be reused in production. Cullet, which is derived from glass recycling, requires less energy to melt and uses fewer raw materials that emit carbon dioxide during melting. In this respect, Verallia has initiated numerous projects to collect and process recycled glass. The Group has already made significant progress with a cullet rate of 55% in its production in 2021, compared to 51% in 2020, and a target of 59% in 2025.
• Reducing energy consumption: Verallia is deploying technological solutions to drastically reduce the energy needs of its plants. Verallia has announced ambitious innovation projects for new electric or hybrid furnaces in France and abroad. Alongside these projects, Veralliacontinues to prepare its plants for increased use of hydrogen and renewable energies as an alternative to natural gas.
• Increasing the use of green energy: in addition to its projects for more environmentally efficient furnaces, Verallia has signed long-term contracts for the supply of low-carbon electricity in most of the countries where the group operates, while continuing to look for sustainable renewable fuel sources to provide long-term alternatives to natural gas.

In February 2022, Verallia was awarded the platinum medal, the highest sustainability rating given by EcoVadis, with a score of 75/100 and is thus among the 1% of the 65,000 most ‘virtuous’ companies in terms of social and environmental responsibility according to the ranking carried out by EcoVadis. Verallia had already received the gold medal in November 2020 with a score of 67/100, thanks to its commitment to sustainability.

As part of the deployment of its Purpose “Re-imagining glass for a sustainable future” unveiled in October 2020, Verallia launched its Re-use Lab in March 2022, giving concrete expression to its ambition to bring the circular economy into a new reality. Designed as a genuine forum for exchange open to circular economy players, customers, experts from the food industry, partners and Group employees, the Re-use Lab will facilitate the implementation of its pilot project in France by 2025 and more generally:

• Gather thoughts and compare points of view;
• Learn from experiences in the field around the world, in order to identify what works best;

• Accelerate the implementation of local and sustainable reuse solutions and consider scaling them up whenever possible.
On this occasion, Verallia has published its white paper1 “Rethinking Reuse to Promote the Glass Circular Economy: Stakeholder Perspectives”, which explores the challenges and opportunities around reuse through the testimonies of leading experts. The white paper is a world first in the glass packaging industry and highlights ‘Seven levers for action to develop glass reuse’ to encourage collaborations between reuse stakeholders.

SBTi validates the Verallia Group’s CO2 reduction targets
24 March 2022
Gérer le consentement aux cookies
This site uses cookies necessary for the operation of the site as well as to measure the site's audience, understand how you use it and personalize the content according to your use.
Cookies are also placed by third parties (Euronext; YouTube) in particular to enable you to view certain content on the site. In certain cases, YouTube may also place cookies for advertising targeting purposes.
Manage options Manage services Manage vendors Read more about these purposes
Display settings
{title} {title} {title}